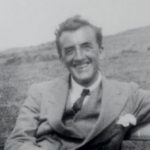 Greenwood’s widely used standard error for life-tables is to be found in an appendix to his 1926 Report on the Natural Duration of Cancer rather than in his earlier Royal Statistical Society paper on the value of life-tables in statistical research. The 1926 Report and its formula were widely-read by clinicians, not least because the report included Greenwood’s ground-breaking work on the curability of breast cancer.

In 1928, Ethel May Newbold (1882-1933) became the first female to be awarded the Guy Medal in Silver of the Royal Statistical Society for her work on the statistics of repeated events. Newbold’s statistical career at the Medical Research Council spanned little more than 8 years but her Director, Greenwood, averred that: “few investigators have done so much in so short a time”.

In 2009, the second female to be awarded the Guy Medal in Silver was Sylvia Richardson who, in 2012, was appointed the first female Director of MRC Biostatistics Unit.

In 2013, in recognition of the historically important role of women in statistics, the Bernoulli Council approved the “Ethel Newbold Prize in Statistics” to be awarded every two years from 2015, for a body of work that represents excellence in research in statistics.