1950 Smoking and lung cancer: and the mortality of doctors in relation to smoking 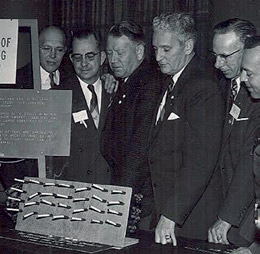 Doll and Hill initially compared the amount of tobacco smoked pre-illness by lung-cancer cases, controls who had a non-cancer diagnosis, and controls with other cancers (mainly patients with malignancies of the stomach, colon and rectum).

Rejecting further retrospective studies as unlikely to advance knowledge, Doll and Hill in October 1951 wrote to 59,600 men and women (over 41,000 of whom replied) on the UK’s Medical Register and asked them to fill in a simple questionnaire. In addition to giving their name, address and age, doctors classified themselves as current or ex-smoker or as never having smoked regularly. Additional questions were posed to current and ex-smokers.

The preliminary report was on the deaths of male doctors older than 35 years: it already signalled their smoking–related hazards from lung cancer and coronary thrombosis. In 1956, Hill and Doll still encountered disbelief and hence their answers to the BMJ’s questions on lung cancer and tobacco. Their land-mark study of doctors’ mortality has continued to be informative for over 50 years.

After the 10 years’ observations were published, Hill retired and Richard Peto has partnered Doll in subsequent publications.

Although mortality from tuberculosis had declined since the 19th century, tuberculosis still caused more than 30,000 deaths per year in England and Wales up to 1930. The need for better understanding of the disease was a natural target for epidemiological research and both Brownlee and Greenwood contributed to this. In 1946, Austin Bradford Hill set up the first ever clinical trial that used randomisation to allocate treatments: this trial evaluated a new drug, streptomycin, in the treatment of tuberculosis.

In 1952, Marc Daniels from the MRC Tuberculosis Research Unit (TRU) and Hill published an overview of the first three RCTs of streptomycin, all initiated by MRC, and showed the benefit of combining this drug with another new drug PAS. The close collaboration between the two Units continued after Ian Sutherland joined in 1952 and became Director in 1969; he headed a research programme in tuberculosis until his retirement in 1986.

In 1954, with Wallace Fox of TRU and the late Daniels, Sutherland published a detailed analysis of five years’ follow-up of patients in the first MRC trial: and thereby confirmed the benefits of both randomisation and streptomycin.

In 1954, Peter Armitage and Richard Doll published a mathematical model for carcinogenesis based on the assumption that a normal cell develops into a cancer cell by passing through a series of intermediate steps. This model provided a possible explanation for the observed increase in incidence with age associated with many cancers.

The Armitage & Doll paper implicitly challenged the hypothesis that cancer developed from a single cell mutation, an hypothesis that could not explain the increase. Fifty years later, Moolgavkar commented that: “the multistage model proposed by Armitage and Doll continues to influence biological and epidemiological thinking on the processes underlying carcinogenesis” and that it is “a rare paper that continues to be widely cited 50 years after publication.”

Court Brown, Doll and Hill studied the rates of leukaemia and other cancers in survivors of the atom bombs dropped on Japan in 1945, in patients with ankylosing spondylitis treated by X-ray, and in children born to mothers who had received X-rays of the pelvis or abdomen during pregnancy. The first and subsequent reports of the Medical Research Council’s Committee on Hazards to Man of Nuclear and Allied Radiations summarised the evidence from these and other studies on the effect of ionising radiation on human health, discussed the possible effects of fall-out from nuclear weapons testing, and provided guidelines on permissible doses of radiation for occupationally exposed groups and the general population.