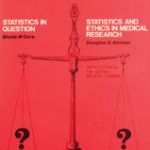 In 1981, Sheila Gore published articles in the British Medical Journal for 23 consecutive weeks. The purpose was to illustrate the misuse of statistics in medical research and to show how this could be put right. This dissemination of statistical methods reflected a long standing, and still current, goal of the MRC Biostatistics Unit, one that began with the early publication of books on medical statistics by Woods and Russell (1931) and Hill (1937).

And, similarly to the situation with Hill’s book which was based on articles in the Lancet, Sheila Gore’s articles were subsequently published in book form, alongside a similarly motivated series of articles by Douglas Altman. In the preface to Statistics in Practice, Stephen Lock, the Editor of the British Medical Journal, wrote that “only a foolish researcher would start a study without thinking carefully about the statistical principles” and that “this book will help those who wish to understand and apply statistics to their daily work.” 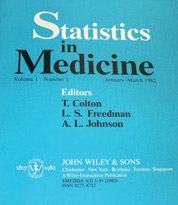 In 1979, Laurence Freedman provided the initial concept, which was developed with his Cambridge MRC colleague, Tony Johnson (who would remain as Editor-in-Chief for 18 years) into the journal Statistics in Medicine. These two individuals, along with Ted Colton from the USA, were the founding editors of a journal which surely must be one of the fastest growing journals.

The first volume of Statistics in Medicine in 1982 comprised 4 issues and 381 pages. When Tony Johnson retired as an Editor in 1999, the journal published 24 issues and 3 548 pages. The growth continued, although more recently stabilising, with the 2013 volume having published 30 issues and 5 489 pages.

The growth of this journal devoted to medical statistics reflects the ample scope for a journal which emphasized the dualistic nature of medical statistics. This was emphasized by the founding editors who quoted Sir Austin Bradford Hill’s comment that a statistician in a medical project “must endeavour to learn and understand its medical as well as its statistical aspects, and should, I believe, be as intensely absorbed in the one as the other”. 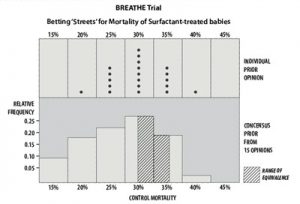 Uncertainty in parameter estimates arises in the design, monitoring and analysis of clinical trials – Bayesian statistical methods allow this uncertainty to be accounted for easily.

Bayesian statistical methods are especially useful for early phase trials, wherein there is larger uncertainty, and for choosing a sample size for a phase III trial when there are still-limited data on parameters that influence the required sample size.

A current research area of great interest is adaptive designs, in which the BSU is currently playing an important part – Bayesian methods are useful, and sometimes vital, in this area.

1984 The statistics of transplantation in the UK 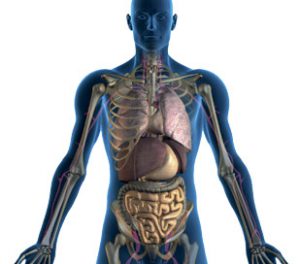 In collaboration with UK Transplant and the Department of Health, and with Papworth and Addenbrooke’s Hospitals, MRC Biostatistics Unit developed statistical methods for the equitable sharing of UK cadaveric solid organs to maximize their years of function. “Beneficial matching” was the basis of UK’s kidney allocation for a decade before being updated by the same techniques and simulations being applied to later data.

The Unit‘s collaboration with Papworth Hospital on heart and lung transplantation identified time-specific prognostic influences on progression, supported surgical trials and assessed the cost-effectiveness of devices.

The 1989-90 confidential audit of all deaths in intensive care units averted ‘required request’ legislation because the problem was not doctors’ failure to ask families about organ donation but relatives’ refusal when asked – then by 30% of families, now by 40%.

The Corneal Transplant Study established the UK’s registry on corneal graft outcomes and the determinants of corneal graft survival and visual quality.

1986 The statistics of screening 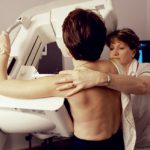 The Unit was the statistical and epidemiological centre for the Swedish Two-County Trial of breast cancer screening and for the UK trial of breast screening frequency, both of which informed the NHS Breast Screening Programme.

MRC Biostatistics Unit carried out pioneering work on modelling the progression of breast cancer and its arrest by screening, which has been applied to screening for other cancers and has been influential worldwide.

The Unit was also the statistics centre for the Multicentre Aneurysm Screening Study (see later), as a result of which UK now has a national screening programme for abdominal aortic aneurysm. 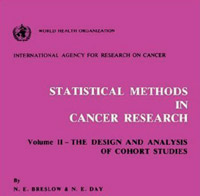 It is difficult to overstate the influence of the books by Breslow and Day on case-control and cohort studies. Epidemiologists around the world regard them as the definitive sources for analytic methods. Within the Unit, they have not only influenced study design and analysis, but have also spurred further methodology.

The Director of the International Agency for Research on Cancer wrote in his foreward to Statistical Methods in Cancer Research: The Design and Analysis of Cohort Studies by Norman Breslow and Nick Day (then Director of the MRC Biostatistics Unit) that: “Epidemiological studies provide the only definitive information on the degree of cancer risk to man. Since malignant diseases are clearly of multi-factorial origin, their investigation in man has become increasingly complex and epidemiological and statistical studies on cancer require a correspondingly complex and rigorous methodology.” This volume on cohort studies was a comprehensive presentation of the needed methodology and remains a primary reference in the field.

The need for this book, expressed in the foreward, grew out of long-standing work in international cancer epidemiology, important aspects of which were initiated in the MRC Biostatistics Unit in the late 1960s by then director, Richard Doll, and which continued for many years. The methodology developed in conjunction with The Design and Analysis of Cohort Studies had immediate application in studies of other diseases besides cancer. 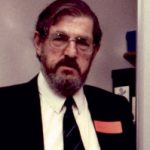 The year 1988 marked the start of a long and successful involvement of the MRC Biostatistics Unit in HIV epidemiology (Day and Gore, 1988).

The Unit’s contribution in this area has significantly influenced the statistical and epidemiological literature, and has provided and continues to provide quantitative underpinning to the Department of Health’s policies on HIV. 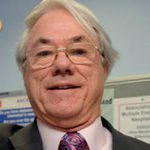 Epilepsy is a serious neurological disease that affects millions of people worldwide: although some causes have been identified, over 40% of cases are idiopathic. The Unit participated in a collaborative programme of research into epilepsy that extended over 40 years from 1973. The programme included clinical trials investigating when to start anti-epileptic drugs, when to withdraw these drugs, as well as trials comparing older and newer drugs and, in addition, cohort studies examining the natural prognosis of epilepsy.

Tony Johnson who led the programme became a member of the Minister of Transport’s Advisory Panel on Driving and Diseases of the Nervous System as well as of the Expert Neurology panels of both Medicines and Healthcare Regulatory Authority and European Medicines Agency. In 2005, Johnson was awarded the Epilepsy Lifetime Service Award for Research in Epilepsy by the UK Chapter of the International League Against Epilepsy.