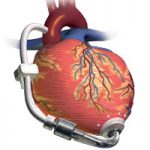 The randomised controlled clinical trial is a key tool for providing unbiased assessment of one or more experimental treatments, but a trial in isolation does not provide sufficient information to guide clinical management of patients with a particular disease. Cost-effectiveness modelling combines evidence from other trials of the same and competing therapies, on the disease incidence and severity, the risks of associated events and longer-term outcomes, and the resources and costs required to treat patients. The Unit has contributed to the early development of robust cost-effectiveness modelling for NICE and other policy decisions by providing exemplars in diverse clinical areas such as the assessment of cardiac imaging strategies, mechanical devices to support the failing heart and staging of lung cancer.

2000 The statistics of ageing 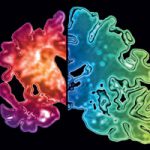 Since the late 1980s, the MRC Biostatistics Unit had undertaken the methodological development and study design for two large ageing studies: the MRC Cognitive Function and Ageing (CFAS) studies I and II (which include CFAS Wales) and the Cambridge City over 75 Cohort study (CC75C). Both studies have provided a rich source of papers for statistical development as well as providing great insight into population health of the ageing.

Most recently, and with much press coverage, Matthews et al. published a 2-decade comparison of the prevalence of dementia in individuals aged 65 years and older.

However, the Unit’s earliest publication on the biostatistics of senility was in 1939!

2002 Higgins and Thompson’s I2: quantifying heterogeneity in a meta-analysis

Julian Higgins and Simon Thompson proposed several measures for quantifying between-study heterogeneity and inconsistency in meta-analysis, including the I2 measure. By the end of 2013, this work had been cited more than 8000 times (BMJ paper) and more than 5000 times (Statistics in Medicine paper), making the two papers some of the most highly cited in their respective journals. 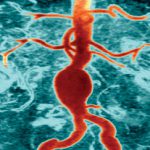 Abdominal aortic aneurysm (AAA) is a major cause of death in older men, in the UK and elsewhere. The large MASS randomised trial, led by the MRC Biostatistics Unit, evaluated the long-term benefits of ultrasound screening for AAA in men aged 65-74 years. It showed that mortality from AAA was halved, and that a screening programme would be highly cost-effective for the NHS. This provided the basis for the introduction of a UK national AAA screening programme in men aged 65; this was announced in 2008, initiated in 2009, and achieved full coverage of England in 2013. 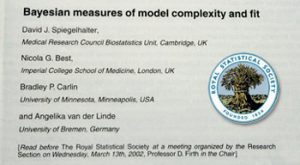 Model performance is typically assessed by taking a measure of model fit and penalising this with a measure of complexity. The Deviance Information Criterion (DIC), introduced by Speigelhalter, Best, Carlin and van der Linde, made use of a novel definition of complexity, the ‘effective’ number of parameters, which is applicable to Bayesian hierarchical models.
The DIC paper had over 1000 citations by the end of 2013 as DIC has become one of the most widely used tools for Bayesian model comparison. The paper and subsequent discussion have led to continued research into methods for Bayesian model criticism, including within the Unit.

Multi-state Markov and hidden Markov models for modelling disease progression had been developed in the previous two decades, but there was no software for applying them easily until Christopher Jackson developed the msm package for R. The program is fully documented and flexible, allowing any multi-state model structure. The MSM program has been continually maintained and developed, and has enabled the wider use of these methods not only in medical applications but also in finance, ecology, social science and engineering. 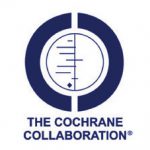 Julian Higgins is co-editor of the Cochrane Handbook for Systematic Reviews of Interventions. A major revision was published in 2008, when it was published as a book by Wiley-Blackwell. This book had sold over 5000 copies by the end of 2013. The online version of the Handbook is regularly updated. 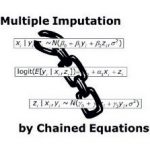 Ian White worked with Patrick Royston (MRC Clinical Trials Unit) on the implementation of Multivariate Imputation by Chained Equations (MICE) in Stata. This software was widely used, and was supported by short courses run in BSU. Ian and Patrick subsequently advised Stata Corporation on its implementation of multiple imputation in 2009-2011.