BSU estimates underpin the key messages of the recent report by Public Health England ‘HIV in the UK: towards zero HIV transmissions by 2030’. The report shows that thanks to increases in HIV testing, fewer people remain unaware of their HIV status, with a consequent fall in new HIV infections. 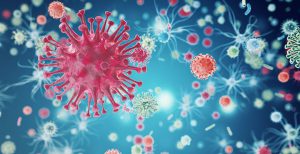 The scale-up of combination prevention, which includes the use of condoms, HIV testing in a wide range of settings, starting antiretroviral therapy (ART) as soon as possible if positive, and the availability of Pre-exposure Prophylaxis (PrEP) for those who are negative, across the UK, is working. The goal of eliminating HIV transmission by 2030 depends upon sustaining prevention efforts and further expanding them to reach all at risk.

The estimates of the fall in new infections and the number of people living with undiagnosed HIV are based on work done by Paul Birrell, Francesco Brizzi, Peter Kirwan, Anne Presanis and Daniela De Angelis.

“We are well on our way to reaching the goal of eliminating HIV transmission by 2030, with the rapid fall in HIV transmission continuing in 2018, and nearly all of those diagnosed receiving treatment that prevents onward transmission.”

“I feel very strongly that we must end HIV transmission. HIV has brought untold hurt and suffering to so many, so it is encouraging to see transmissions continue to fall across the UK. We are well on our way towards our ambition of zero HIV transmissions by 2030, and we should be rightly proud of the incredible progress we have already made.”

“The latest HIV statistics show real progress is being made in the fight against HIV, but also highlight the significant challenges that remain if we’re to achieve the ambitious goal of ending transmissions by 2030.”

The Public Health England press release is available here and the full report is available from this website.

The research underpinning the estimates in this report is described in more detail in the following resources:

Further press coverage of this report can be found