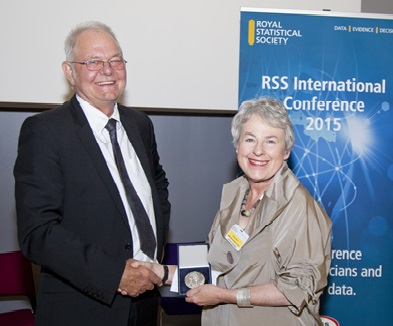 The inaugural Howard Medal, for excellence in the field of social statistics, is awarded for Sheila’s important and notable contributions to the development and application of methodology for studying prisoners’ welfare. As well as her advocacy of good practice in social statistics, particularly in the analysis of crime and for death registrations, where the cause of death is not fully established.

This is a significant honour and recognises the outstanding methodological work Sheila has done on record linkage on prisoner’s health, over the last 20 years. Sheila is the only statistician to have received four medals from the RSS.

For more information on the RSS and the other honours awarded, please go to: www.statslife.org.uk/news/2087-society-announces-honours-for-2015