The Director of the MRC Biostatistics Unit Professor Sylvia Richardson, has been made a Commander of the Most Excellent Order of the British Empire (CBE) in the Queen’s Birthday Honours list 2019. 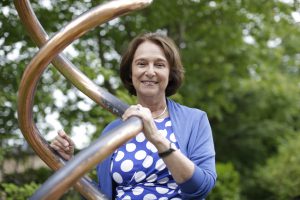 Sylvia, who received her award for services to medical statistics, has held a Research Professorship at the University of Cambridge since 2012. Prior to this Sylvia held the Chair of Biostatistics in the Department of Epidemiology and Biostatistics at Imperial College London since 2000 and was formerly Directeur de Recherches at the French National Institute for Medical Research INSERM, where she held research positions for 20 years.

She is a Fellow of the Institute of Mathematical Statistics and of the International Society for Bayesian Analysis. She has worked extensively in many areas of biostatistics research and has made important contributions to the statistical modelling of complex biomedical data, in particular from a Bayesian perspective. Her work has contributed to progress in disease mapping, and her recent research has focused on modelling and analysis of large data problems such as those arising in genomics. 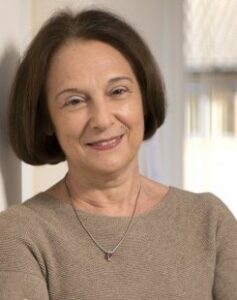 “I’m extremely delighted and humbled to receive this honour. It means a great deal to me personally, but I believe that this is also an important recognition of the pivotal role that statistics plays in cross disciplinary endeavors to improve health. The MRC has been a significant funder of my research and I would like to thank them for their continued commitment to the field of biostatistics; support that they have shown for over 100 years since the inception of the MRC Biostatistics Unit in 1913.

I am fortunate to have worked in both France and the UK over the duration of my career thus far, and I feel that this opportunity to draw from both traditions has allowed me to achieve the recognition in the field of medical statistics for which I am being acknowledged today.”

The Staff and Students of the BSU are delighted for Sylvia and join together to wish her the warmest of congratulations on this well deserved award.