A team from the MRC Biostatistics Unit at the University of Cambridge were among the winners in a global challenge to predict the evolution of Alzheimer’s disease.

The Alzheimer’s Disease Prediction Of Longitudinal Evolution (TADPOLE) Challenge has been running since June 2017, with participants from across the globe.

TADPOLE is a collaboration between the EuroPOND consortium, led by UCL, and the Alzheimer’s Disease Neuroimaging Initiative (ADNI). 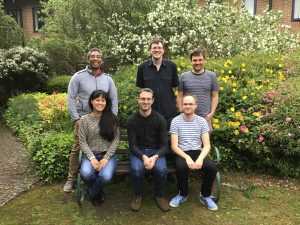 Professor Daniel Alexander (UCL Computer Science), project lead of TADPOLE, said: “This has been a unique and inspiring challenge that has brought together a wide international community of computer scientists, statisticians, and clinical experts to advance the state of the art in a focussed challenge of predicting onset, development, and progression of AD. We hope the outcomes will make steps towards realising disease-modifying treatments in one of the biggest healthcare challenges we currently face”.

As reward for winning the overall best D3 prediction category the team were awarded £2500 in prize money.

For more details on the challenge, see https://tadpole.grand-challenge.org