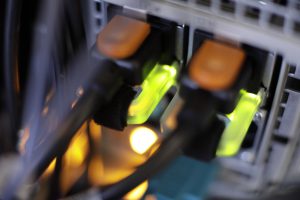 The MRC Biostatistics Unit understands the importance of accessible software for putting new statistical methods into practice. Many BSU scientists write, or contribute to scientific software, which is typically made freely available and open-source.

This page lists software from BSU scientists that has been documented, tested and packaged in an accessible format. The Miscellaneous code section lists other downloadable code written by BSU scientists, typically to accompany a published paper.

BUGS is a language and various software packages for Bayesian inference Using Gibbs Sampling, conceived and initially developed at the BSU. Throughout its 20-year life span, BUGS has been highly influential in enabling the routine use of Bayesian methods in many areas. The current version, OpenBUGS, is open source, and offers improved sampling efficiency, modelling flexibility and interoperability with other software.

The newest development is MultiBUGS, a version of BUGS with an advanced parallel computation facility.

For full information see the BUGS Project site, and the BUGS Book.

The ice package for Stata implements multiple imputation for missing data using chained equations, and includes major contributions by Ian White of the BSU and others. This work has led to improvements in methods for handling missing data in Stata itself. For more information, and instructions for downloading and installation, see Royston and White (Journal of Statistical Software, 2011).

Other Stata programs written by Ian White and other BSU authors is listed in the Stata Software page.

The Bioinformatics and Statistical Genomics team at the BSU maintain their own listing of software which has been developed as an important part of their ongoing research.

See the Bayesian Approaches to Clinical Trials and Health-Care Evaluation page for code to accompany this popular book, that was partially written at the BSU.

Other R packages written by BSU members include:

Other web-based applications written by BSU members include:

This page also includes an archive of code developed by scientists that have left the BSU, and which has not been maintained since the authors left.